You might say that Lindsay Trosin, Director of Client Operations, is over a decade into a temporary position. “When I accepted the position in 2009, it was intended to be temporary work with an undetermined end date; but it has become a very dynamic career and one of the best decisions I’ve made.”

Originally, Lindsay was tasked with helping the organization with a custodial transition; compiling all client and account information in order to make the transfer. Her ability to organize and manage the undertaking efficiently allowed her operational aptitude to shine and opened up a number of growth opportunities to her throughout her tenure with TDC, starting with a full-time position. Her keen ability for project management, the creation and maintenance of consistent and effective systems has been invaluable to TDC and have allowed her to advance to be Director of Client Operations and be part of TDC’s leadership team.

“I was essentially the entire new accounts and service team when I was hired, which speaks to how quickly we’ve grown as a company,” Lindsay said, “There are more people on my current team than there were in the entire Investment Advisory department when I started.” “My title has evolved along with the scope of my position and responsibilities.” Today, Lindsay oversees many project management initiatives, as well as spearheads development and growth for the Client and Adviser Support Team, who are responsible for providing the much needed operational and logistical support to the advisers. She and her team are focused on producing quality work on time in the most efficient and effective way. “While I still help with the daily workload, I’m focusing on the bigger picture and helping my team to identify their strengths, grow their roles, and allow them the same opportunities.” Lindsay said. “I’m getting to work with these people every day and to see the impact TDC has on the families we serve have been the most rewarding parts of this journey.” 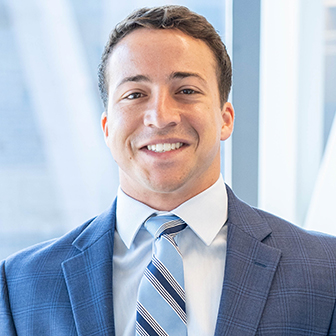